Case of the Month

Each month, we’ll review a challenging medical or vitreoretinal surgical case from start to finish.

Something bubbling under the surface

3-Year-Old Girl With a Lazy Eye

A Patient with Vision Loss

Sutureless IntraScleral (SIS) Fixation of an Intraocular Lens (IOL) in Cadaveric Eyes: View from Above and Below

White stuff in the retina

Superior scotoma and flashes in a young myope 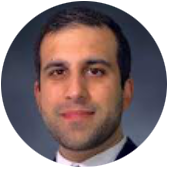 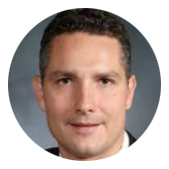 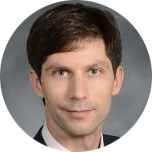 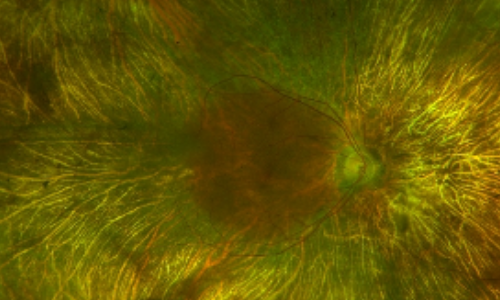 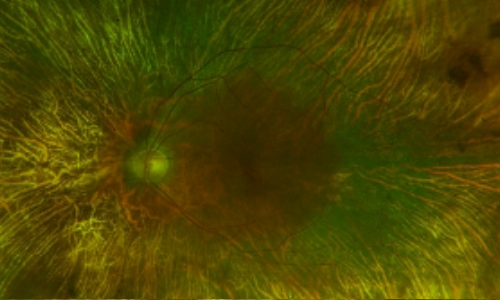 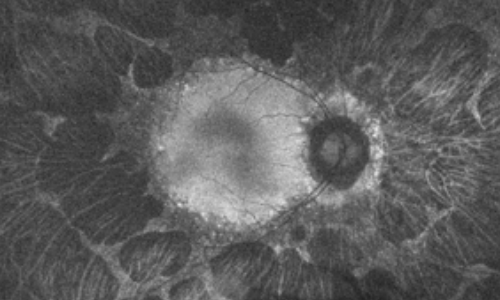 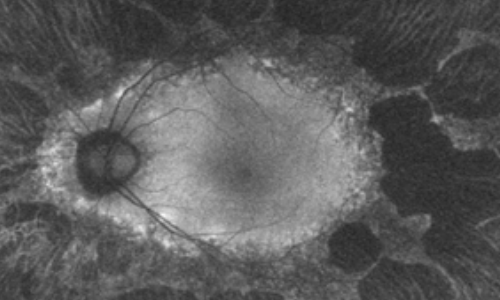 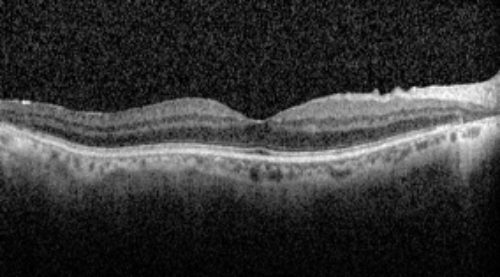 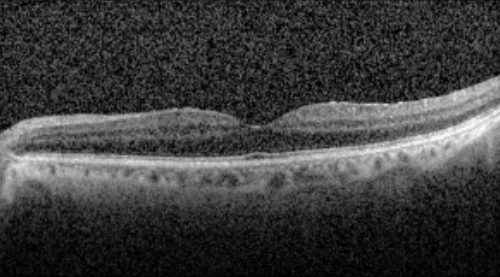 OCT revealed outer retinal atrophy temporal to the macula with a relatively preserved foveal contour in both eyes.

There was no family history of inherited retinal disease.

It was later revealed that the patient previously treated with didanosine (DDI) for an extended period for HIV in the 1990s.

Genetic testing revealed a pathological heterozygous variant in the RPGRIP1 gene that is normally expressed in the rod and cone photoreceptors and functions to anchor the RPGR protein within the photoreceptor connecting cilium. Testing was notably negative for mutations in OAT and CHM.

Didanosine-associated retinal toxicity in a patient with heterozygous RPGRIP1 mutation.

This is a case of DDI toxicity, perhaps being unmasked in the setting of genetic predisposition. Importantly, the patient had a long-standing history of DDI use, and retinal features classic for toxicity. Lenis et al described a case of DDI-toxicity in a patient with heterozygous mutation in CRB1, likewise hypothesizing that genetic risk factors may make certain individuals more susceptible to DDI retinal toxicity.


DDI, a purine analogue, is one of the earliest nucleoside reverse transcriptase inhibitors (NRTIs) approved for use in 1991. DDI has been shown to deplete wild-type mitochondrial DNA (mtDNA) and increase mutated mtDNA, thus presenting with retinal toxicity findings similar to other mitochondrial disorders. The resultant reduction in normal functioning mitochondria from DDI and the heterozygous mutation of the RPGRIP1 gene product possibly lowered the disease threshold and interfered with the high metabolic demands, outer segment disk turnover, and the phototransduction cascade.


There is no treatment for the chorioretinal atrophy associated with DDI apart from medication cessation.

This patient has been observed for over three years without obvious progression on serial imaging.